Leveraging our world class facilities, expertise and collaborations in pure and applied planetary research, our Space Science and Technology Centre is uniquely positioned to innovate in these areas.

Impact craters on planetary bodies provide a wealth of information about the surface and subsurface history of that body. The age of a surface is estimated by counting crater size frequencies and using details of assumed random impact rates with known long-term averages. Craters >1km can be counted manually, but counting craters smaller than than this by hand becomes an intractable task due to the sheer numbers – smaller craters occur exponentially more often that large craters due to the sizes of bodies in space. Considerable effort has been invested into developing automated techniques for the detection and counting of craters on a number of planetary surfaces, but progress has been hampered by a number of issues, including computer power, speed, and user interface.

An interdisciplinary group of researchers from Curtin University’s School of Earth and Planetary Science, School of Civil and Mechanical Engineering and the Curtin Institute for Computation (CIC) are tackling the problem using machine learning. Past approaches to Crater Detection Algorithms (CDAs) include image analysis techniques such as edge detection and the Hough transform, although, in recent years, some have also incorporated machine learning, including neural network architectures. Using the YOLO (You Look Only Once) object detection algorithm, we have developed a CDA that delivers detections as accurate as human identification. The aim is to supply a fully automated pipeline and the default tool for high resolution analysis of any planetary surface for the global planetary geology community.

FireOPAL is a joint Curtin and Lockheed Martin project, building on 6 years engineering heritage from the Desert Fireball Network. The FireOPAL system is designed to be a cost effective optical SSA solution that tracks objects in LEO, MEO, and GEO. Our observatories can be mass produced, are simple to deploy and maintain, and can operate autonomously in remote environments for extended periods. Although the imaging systems in an observatory are comparatively low cost and low resolution (compared to larger telescope solutions), multiple, synchronized (to sub-ms precision), triangulated observations deliver highly accurate orbits – comparable to results from exquisite (single look) optical sensors. Orbital predictions match ‘future’ FireOPAL observations to within arcsecs (1 pixel) 24 hr later. The additional benefit is that a distributed network is disruption tolerant, unaffected by weather, images a large fraction of the sky, and extends the optimal terminator observation period.

A FireOPAL optical fence, covering the entire GEO belt, with triangulation and redundancy, can be built from a network of a handful suitably placed observatories. Several fences, distributed at different latitudes, can be built for a fraction of the cost of a single one-metre class telescope. It is our goal to build a global system that can follow objects multiple times per day, is capable of catalogue maintenance for a large fraction of all satellites and is able to detect anomalous events in space as they occur. Near real time reporting of results enhances awareness and enables immediate decisions and actions. Persistent observation, omni-directional with depth, imaging the same object multiple times per day. The system is entirely Australian designed, owned and operated.

In 2017 Curtin initiated its own cubesat programme. A cubesat is a miniature spacecraft made up of multiples of 10x10x10 cm units, typically using commercial off-the-shelf components. The Binar Cubesat Programme (after the Nyungar word for ‘fireball’, or ‘shooting star’) has goals in both pure and applied research. Our overarching goal is to develop an Australian capability in solar system exploration, with spacecraft built around a cubesat platform for deep space missions. Our vision here is to integrate our programme with NASAs strategy around returning to the Moon. The Space Launch System, Orion spacecraft, and Deep Space Gateway, will open up possibilities for ridesharing to cislunar space. Our programme will involve developing, building and testing systems and sub-systems on a series of spacecraft, with regular launches to LEO, over the next 5 years, culminating in missions to the Moon, or near Earth asteroids. That process will allow us to develop cubesats and small satellite systems for a range of other applications, applicable to space industries, or payloads for earth observation. Our team are currently finalising components for our first 1U spacecraft. Testing should begin in March 2019. The first Curtin spacecraft should be ready for launch by end-2019.

Planetary science is concerned with how worlds are formed from violent solar system processes, and also how they evolve over time. The most accessible planet to study is our own Earth, however much of the early record is no longer preserved as intact rocks. Early Earth studies broadly involve the search for ancient rocks, and also the search for even older detrital minerals that are found as sand grains younger rocks. Such materials provide a means to learn about the early history of Earth. One of the most durable early Earth records is the mineral zircon, which survives geological recycling, meaning zircon grains eroded from ancient rocks can persist in younger sedimentary rocks and even in younger igneous rocks. Western Australia is home to the Jack Hills, one of the most famous early Earth zircon localities known, where detrital zircons as old as 4.4 billion years old have been reported, which represent the oldest known terrestrial solids. In addition to reconstructing the surface conditions of the early Earth to estimate how early habitable conditions were established, our team is also focused on searching for evidence of ancient meteorite impacts that have long since eroded, and where the evidence is now only preserved as shocked detrital zircon grains in younger sedimentary rocks. 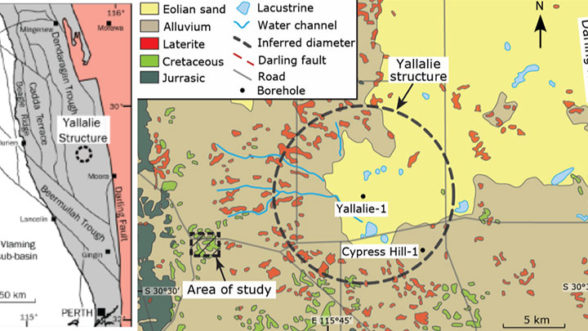 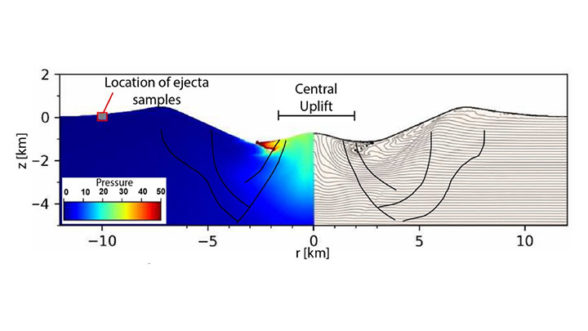 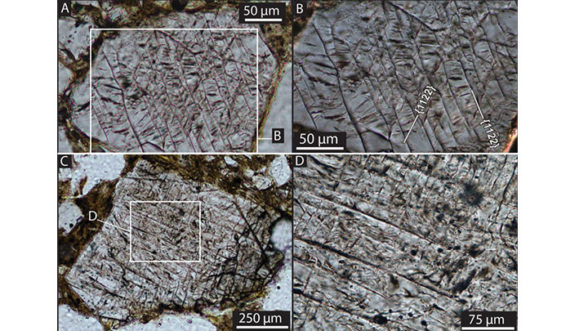 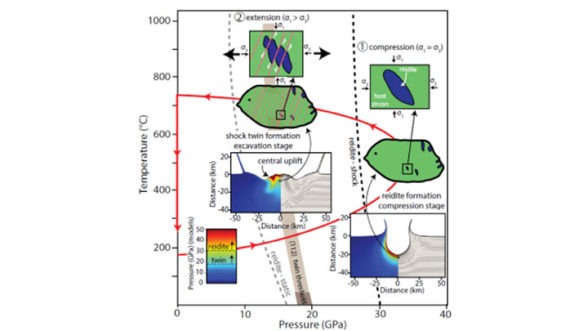 Direct observation and analysis of extra-terrestrial materials is crucial for our understanding the evolution of our Solar System and planetary formation. However, most of those samples arrive to Earth as meteorites that have lost their context (i.e., which parent body they come from and where were they located on this body). These include primitive components of the solar system (e.g., chondrites), planetary bodies (e.g., Martian meteorites), their satellites (e.g. lunar meteorites), and other differentiated bodies (e.g., achondrites). Therefore, sample return missions from the Moon and asteroids are important because they allow us to study unaltered material in their original context, otherwise inaccessible using meteorites alone. Since NASA’s lunar Apollo missions last century, the only successfully completed lander/sample return mission is the JAXA (Japanese Aerospace Exploration Agency) Hayabusa space probe, which brought back more than 1000 dust particles from asteroid Itokawa in 2010. In 2012 and 2015, JAXA sent batches of dust particles to Curtin for in depth multi-technique analyses. Thanks to an array of state-of-the-art instrumentations, we are the only research group in the world which can applied SEM (high magnification imaging), EDS (semi-quantitative chemical analysis), EBSD (mineral phase and crystallographic analysis), TOF-SIMS (enhanced semi-quantitative chemical analysis), TEM (nano-scale imaging), Atom Probe tomography (nano-scale compositional analysis) and 40Ar/39Ar (age dating) techniques on single grain particles smaller than 100 micrometers. Our results have implication for fundamental questions such as chrondrule formation and processing within the proto-planetary disk through, as well as accretion, processing and breakup of rubble pile asteroids and their parent bodies (Jourdan et al., 2017, Geology). Our team is currently involved in the Hayabusa 1 missions and will be involved in the analyses of samples that will be recovered from asteroids Ryugu (ongoing Hayabusa 2 mission, JAXA), Benu (ongoing Osiris-Rex mission, NASA), and the Moon (planned mission, China National Space Administration).